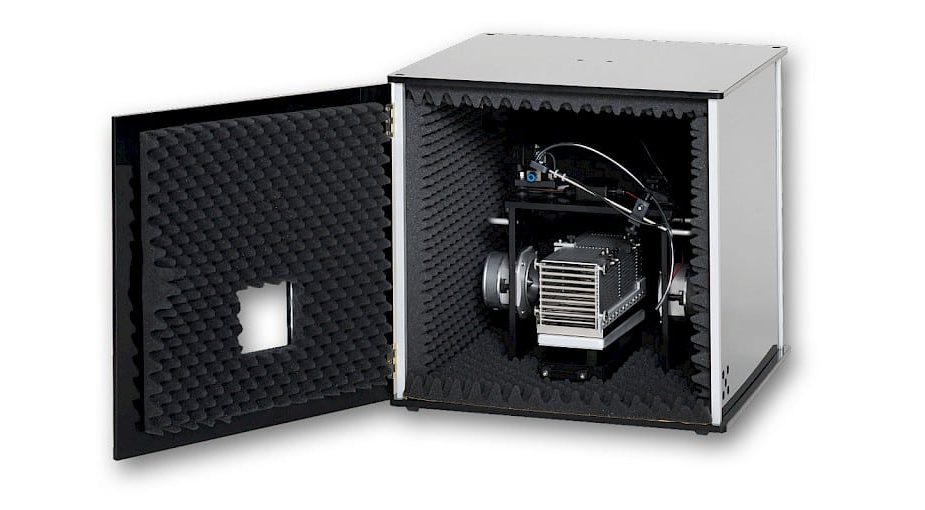 TSE Startle Response/PPI test system is a computerized system designed for the determination of the startle reflex and evaluation of sensorimotor gating in rodents.

Available for both mice and rats, the system features cages with an integrated floor grid for increased animal welfare and species-specific measuring platforms placed in a small sound-attenuated housing. The platform is equipped with a high-precision load cell that detects the startle reflex in response to a loud sound or noise that is generated by a pair of high-quality loudspeakers.

The Startle Response software package is versatile and allows user-defined test protocols for a variety of different applications. Experiments are created from trials that can later be presented in fixed or randomized order.  Whether you want to apply a startling stimulus only to measure habituation, pre-pulses only, pre-pulse +stimulus to measure inhibitory effects on the startle response or no stimulus to determine baseline activity, this system can run the combined trials to experiments or run the same trial repeatedly with variable inter-trial intervals.

For assessment of the fear-potentiated startle (i.e. a model of conditioned fear), the startle reflex is augmented by light if a foot shock is paired with the light stimulus in a previous conditioning session. The light-enhanced startle paradigm is an animal model for anxiety and is sensitive to drug manipulations.

After baseline determination, the pre-defined procedure is automatically executed in up to 16 Startle Response units in parallel. The movement of the animals are registered by the load cells with up to 1ms time resolution and stored for later analysis.

The startle reflex is automatically calculated from the movement data according to a user-set trigger threshold. Graphs allow the quick comparison of the performance in a group of animals or of a group of trials of one animal. Reaction time, i.e. response latency, and startle amplitude for each trial are presented in results tables for further statistical evaluation.